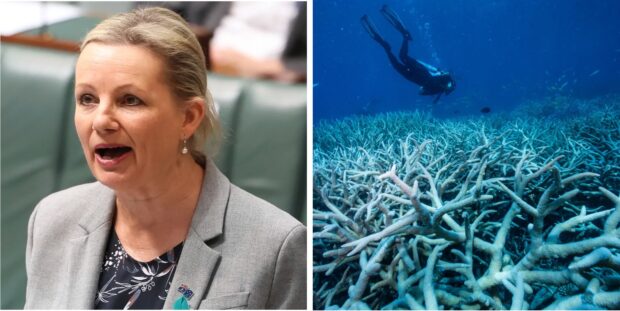 “It’s unreasonable to expect that I would be aware of an environmental report about the most famous environmental wonder in Australia,” Ley told Parliament this week. “This is just more evidence that UNESCO surprised us previously with other reef reports in the past. I’m the Environment Minister, not some special envoy to the Great Barrier Reef!”.

Backbencher and Special Envoy for The Great Barrier Reef, Warren Entsch was reminded by the report he in fact has that job title. Entsch has rallied tourism business owners to adopt what he calls ‘The town from the movie Jaws strategy’.

“We’ll ignore the experts and tell everyone there’s no problem, so the tourists keep coming,” Entsch said. However unlike the movie Jaws, the move is expected to result in the sea life dying faster.

Sussan Ley said Australia will be fighting to have the “in danger” recommendation revoked. “This Government is committed to making the reef healthier. On paper.”