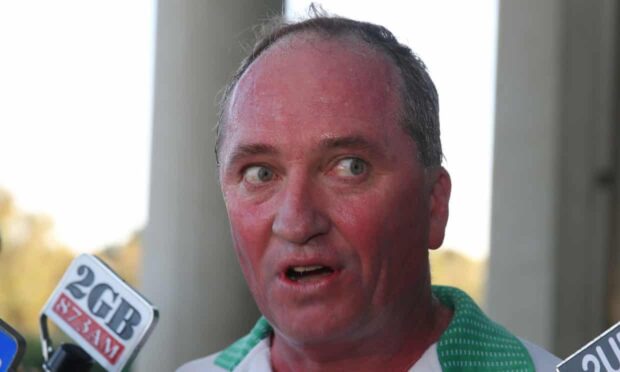 Australians waking up to Barnaby Joyce headlines this morning were relieved to discover the word ‘spill’ referred to his bid for the Nationals leadership and not his propensity to leak all manner of bodily fluids onto the floor or into staffers.

“I just want to reassure Australians that when you see the words ‘Barnaby’ and ‘spill’ together today, we are talking about a vote, not the member for New England leaking onto the floor of his parliamentary office,” phycologist Jennifer O’Haley said, suggesting headlines such as these should come with trigger warnings in the future.

Earlier today coal-miner cosplay enthusiast Matt Canavan called the spill motion for the National party leadership just two hours after Barnaby himself said there was “no prospect” of a leadership spill today.

After hours of counting and re-counting, Canavan confirmed Joyce had the necessary 11 votes to take the leadership.

In resuming the role of Deputy Prime Minister, Joyce’s first order of business will be to address the Prime Minister’s G7 side trips which have been criticised by some as a personal holiday. Joyce, a strong proponent of “a little on the side,” will likely support the Prime Minister on this matter.