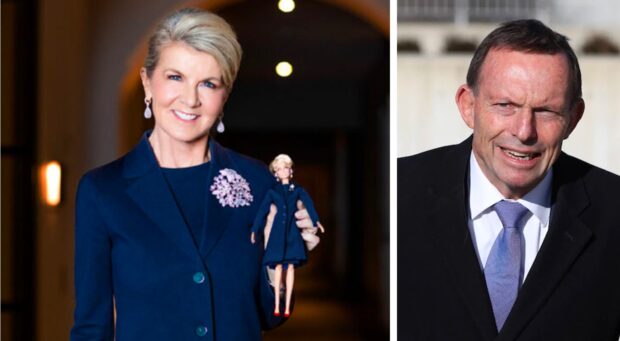 News of a new Julie Bishop Barbie Doll was met with mixed reviews yesterday, with her former boss Tony Abbott saying he was confused as to why the doll didn’t come with more accessories.

“I found a suitcase in there! I thought the doll would have come with a little clothes iron or at least some kind of apron for her to change into,” Mr Abbott said.

Barbie manufacturer Mattel created the one-off doll, saying they saw Bishop as a trailblazer, burning through the political landscape like asbestos particles through a CSR worker’s lung tissue.

The company has confirmed other replicas of prominent Australian politicians will also be made, including an Angus Taylor doll that pats itself on the back.

“The Scott Morrison doll was also expected on Australian shores last week, but unfortunately all that arrived was an empty box,” a Mattel spokesperson said. “We’ve also heard reports it doesn’t work at all, so we’re looking into that too”.

The spokesperson said Mattel had declined to make a Peter Dutton doll, saying they feared copyright challenges from the makers of Mr Potato Head.

The plans for a Michaelia Cash Doll are still on the back of a drawing board.