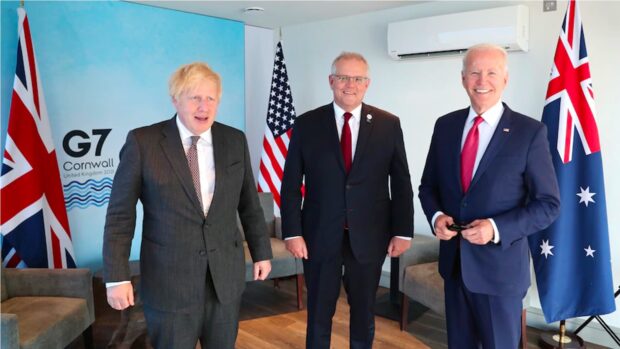 A 55 year-old little boy’s dreams came true this week when he was allowed backstage at the G7 summit, as part of a prize he won through a radio station competition.

US President Joe Biden and British PM Boris Johnson were generous with their time, even allowing a photo with the Australian.

“I can’t remember his name, but he seemed like a nice fellow,” President Biden said.

“I think the competition terms said we’d spend three minutes with him, but unfortunately we had to cut it a little shorter than that. We had some important meetings to go to”.

Other leaders at the summit weren’t so positive about the experience, saying the prize winner was hanging around all weekend and asking for access to meetings.

“Usually when we have competition winners we give them a quick meet and greet and a show bag and then they fuck off. But this little boy wouldn’t leave, saying he wanted to sit on the big boys’ table,” one leader who wished to remain anonymous said.

Biden, however, was more generous. “He’s just excited. He’s come all the way from Australia. Which is strange now I think of it. I thought their borders were closed”.