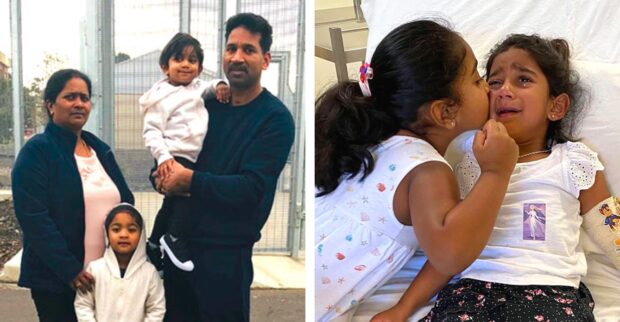 The Government says it cannot give in to the demands of those seeking resettlement of the Biloela family in Australia, pointing out that it will set an expectation that anyone who spends three years locked on an island under armed guard while witnessing their three-year-old child contract a life-threatening blood infection and untreated pneumonia will be allowed into the country.

“We let one family in and all of a sudden we have thousands of families arriving at our doorstep saying, ‘lock me up in a cage’,” a Home Affairs spokesperson said.

“I understand people’s sympathies for this family, but if we fail to send a message now, then we’ll have people just waltzing on in, saying ‘all I have to do to get into this country is watch my children grow up in a prison without proper medical care and I’m in’. It’ll be a free-for-all”.

The Tamil family, originally from Sri Lanka, was bundled into vans and taken from their home in Biloela, Queensland in 2018, which according to the government officials is the equivalent of putting out the welcome mat and saying, ‘come to Australia’.