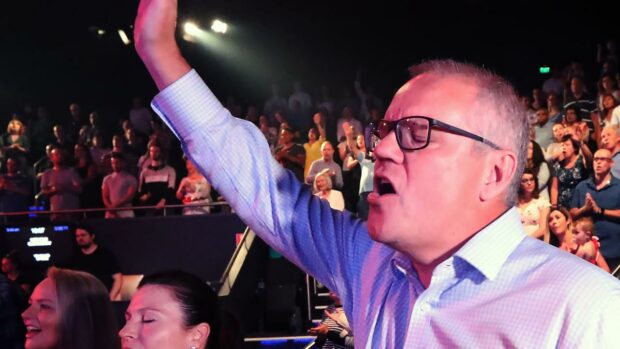 The ABC’s Four Corners will go ahead with an episode examining the Prime Minister’s connections to a strange conspiracy group that believes there is an invisible being in the sky who hates gay people and knows when you’re having a wank.

The bizarre conspiracy alleges that a ‘judgement day’ will come when non-believes will be rounded up and thrown into a pit of fire. To avoid the fire, believers must perform specific rituals and make shit-tonnes of money.

It is alleged that the Prime Minister is well connected within the conspiracy sect, even inviting a senior member of the sect to an offical meeting in Washington DC.

The group, who often communicate by speaking a made-up, childlike language, is an offshoot of a larger group which believes a woman who had never had sex gave birth to a boy who could walk on water.

It is also alleged the Prime Minister may have links to QAnon.