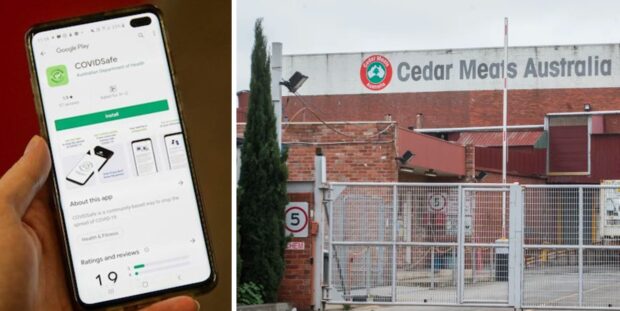 The Government says its high-tech contact tracing app COVIDSafe is assisting in suppressing the spread of the virus in Melbourne, with the identification of a potential outbreak at a meatworks facility in the city’s west thirteen months ago.

Officials say the early identification will help stop the further spread of the virus throughout the community.

“We’re currently in the process of contacting everyone who worked at the facility to let them know to isolate until at least the middle of May 2020,” a spokesperson for the government said.

He said the $7-million app had allowed them to nip the problem in the bud. “Both people identified by the app have tested negative. Thanks to COVIDSafe we don’t expect there to be any further cases associated with Cedar Meats”.