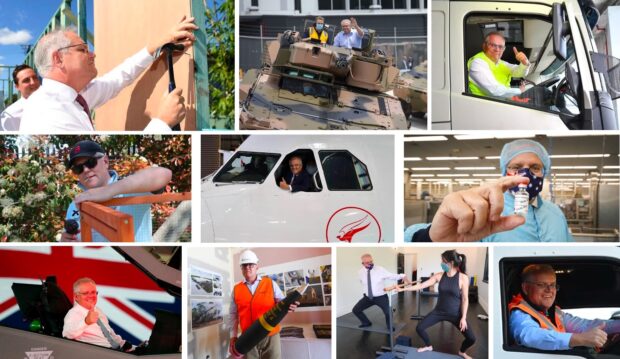 With the COVID outbreak growing in Melbourne, Scott Morrison says his Government will do whatever it can to help, confirming Victorians would receive an additional 100,000 photos of him playing dress ups.

Announcing the extra resources, Mr Morrison said what Victorians needed right now was a series of Instagram posts of their Prime Minister cosplaying as a handyman.

“When Victoria was at its lowest point last year, I posted photos on social media of me pretending to build a chicken coop. And now that Victoria is facing another potential outbreak, you can guarantee that I’ll be right there again – in the queue at Bunnings with a film crew to capture the experience”.

With anxiety levels amongst Victorians growing, Mr Morrison said it was important that everyone had access to professionally produced photographs of the Prime Minister pretending to hammer a nail into a wall.

“As contact tracers identify new cases, it’s really important that all Victorians keep in mind that I’ll be having my photo taken in a fighter jet or barre class”.

He said having proper quarantine facilities or a serious vaccination program would be great, but not as great as sitting in an army tank.

“For all Victorians anxious about what’s ahead, know this: tomorrow I’ll release a photo of me giving the thumbs up out of a semi-trailer and everything will be ok”.