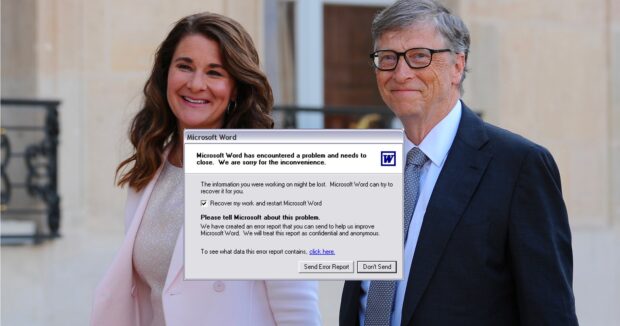 Bill and Melinda Gates have announced that they will be shutting down their marriage, after other attempts to keep it working failed.

In a joint statement, the couple of 27 years blamed busy lives. “We have had too many applications open at once”.

The couple – one of the richest in the world – said they had worked hard on their marriage, turning it off and then on again several times. “No matter what we did, we couldn’t seem to open up for each other”.

Despite the shock news, Melinda Gates was philosophical about the end of her marriage of nearly three decades: “When one window closes, another one opens. And then all the windows you had open inexplicably close, you lose a day’s work and you get asked if you’d like to send an error report”.

Neither Bill or Melinda has announced whether they will be upgrading, although Bill has assured his former wife he is not a browser.