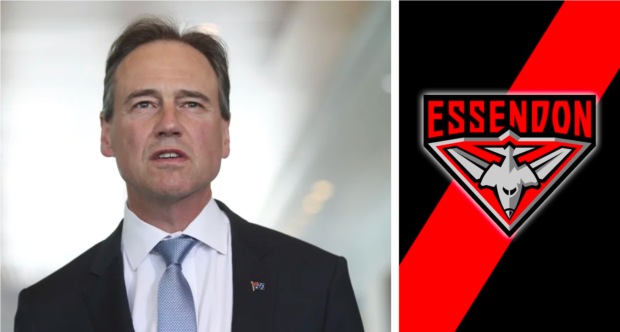 Health Minister Greg Hunt will meet with members of the Essendon Football Club next week, hoping to gain tips on how to successfully inject a large group of people quickly and effectively.

“I think we can learn a lot actually,” Mr Hunt said, confirming he had set up a meeting with former coach James Hird and sports scientist Stephen Dank.

“I’m hoping they’ll come on board to manage the program actually, because they seemed to get 100% compliance. Not a single complaint. So I’ll be asking about that as well.

The Health Minister said he was also hopeful of getting some useful contacts. “I’ll be asking them if they know any other sources, because none of the guys at Pfizer or Moderna answer my calls”.