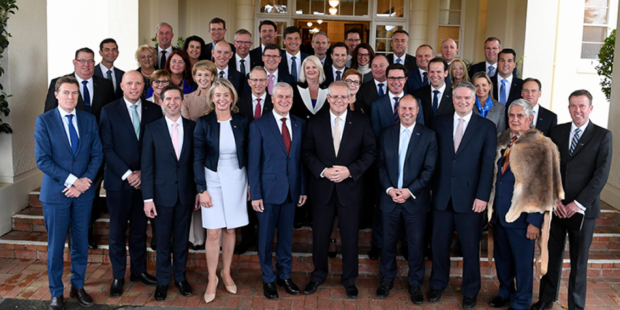 Australia’s Federal government is a joke, it has been revealed.

In what has been described as the longest set up ever for a joke, the Government today admitted that it was just an elaborate prank.

“I can’t believe you guys fell for it actually,” Josh Frydenberg said on behalf of the government. “I mean really – a government that covers up a rape, backgrounds against the victim’s partner, calls the victim a lying cow, sends the minister in question on paid leave and then claims to be listening to women. I mean it’s simply not plausible that a government would do that,” he said.

“And that’s just that start of it. We totally fucked up the vaccination roll-out during the biggest pandemic in 100 years, when that was literally the only task we had.

“And then just yesterday, when we were 3.5 million doses off target, we sent out Greg Hunt to say – and I quote – ‘The national vaccination program is accelerating exactly as intended in the manner that was intended at the time it was intended.’ I mean, that’s clearly not serious guys. That’s satire. And yet some of you lot still thought we were a serious government. Forty eight percent of you even said you’d vote us back in again! Good lord!”

The Treasurer said the prank had been years in the making. “Oh yeah, from day 1 we were setting this up. Do you remember last year when I misplaced $60 billion? Billion, not million. That’s more than the annual GDP of a lot of countries. I personally thought it was too ridiculous, but the guys said give it a go and see what happens. And everyone just went along with it”.

Mr Frydenberg said he personally thought last week’s Andrew Laming saga was the straw that would break the camel’s back.

“I thought we were going to give the game away to be honest. It was too much. I even said to the guys, ‘Let’s just hold off on this one, it’s too ridiculous, we’ll get found out before April 1’.

“But they proved me wrong, because they went ahead with it anyway, sending Laming on an empathy course – a fucking empathy course! – after he’d admitted to taking a photo of a women’s underwear. Seriously! Let’s be clear here, empathy courses aren’t even a thing. It’s just something we made up! And then, after all of that – and this is where I thought the whole thing was going to fall over – Morrison comes out and says, ‘I’m listening to women!’ For real! I’m crying!

“But everyone fell for it and we’re still in government, so I guess we’ll just keep going”.