CLOSE
The Nation
UPDATE: Morrison Says He Will Start Listening To Women After Next Election 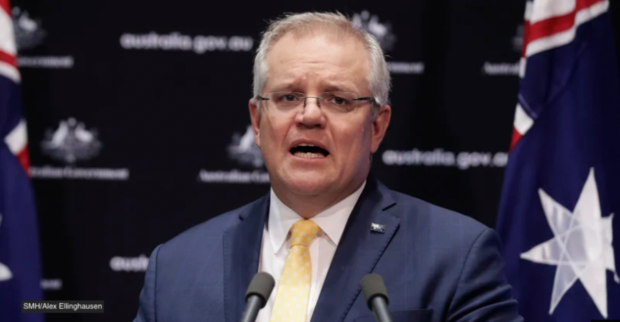 The Prime Minister has announced a slight alteration to the rollout timetable for Listening To Women, saying it will now commence as soon as the next Federal election is complete.

Mr Morrison, who confirmed last week that he was shocked and appalled by the ongoing inequalities and injustices suffered by women in Australia, said it wasn’t as shocking or appalling as the idea of having to run a minority government.

“The welfare of women in this country is an issue that is very important to me. But not quite as important as maintaining a working majority in the Lower House,” the PM said.

“I mean, let’s be realistic here for a moment. What’s worse? A guy who takes photos of a women’s underwear or having to try to negotiate with a crossbench in order to maintain power? It doesn’t bear thinking about”.

He said he would have loved to have rolled out the Listening initiative straight away. “And if the ladies can just sit tight for a few more months, I promise I’ll get it up and running”.

He said his thoughts on the treatment of women, particularly in Parliament House, hadn’t changed.

“Like I said last week, we must get this house in order. We must put the politics aside on these things, and we must recognise this problem. Just not right now when the government hangs in the balance”.