CLOSE
New Game Show ‘Can You Get Fired From A Scott Morrison Government?’ Announced 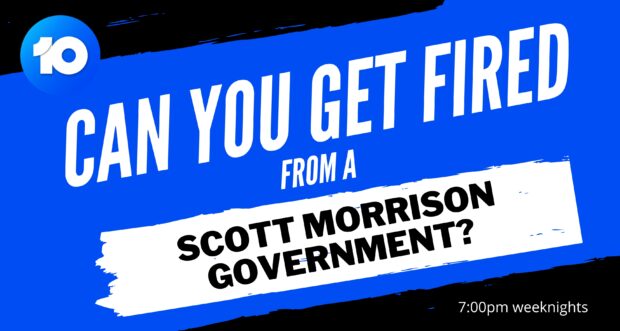 A new reality game show, announced this week, will pit a group of contestants against one another to see who can get fired from a Scott Morrison government first.

Dubbed ‘one of the toughest game shows to ever hit our screens’, competitors will be encouraged to go to increasing lengths to try and catch the attention of judge Scott Morrison, in the hope of getting asked to stand down.

In a reversal of other reality shows like The Apprentice, the first person fired will be declared the winner.

To make the contest even harder, competitors will be randomly sent on a month’s stress leave, taking them out of the competition for four crucial weeks.

A sneak peek of early episodes shows contestants rorting travel expenses, forging official documentation, covering up sexual assaults and harassing members of the general public in an attempt to get the sack. But none, so far, have managed to raise an eyebrow.

One contestant said it was the most difficult thing he’d ever done. “I really wanted to win this, so I went out there and committed an actual crime – I even posted about it on social media. But instead of being sacked I was sent on an all-expenses-paid empathy course. I’m starting to think it’s impossible to actually win this”.

Sources who worked on the show have confirmed there was no eventual winner in the 24-episode show.