CLOSE
The Nation
Government Shifts To Netflix Model Of Political Scandals, Dropping All 483 Episodes At Once 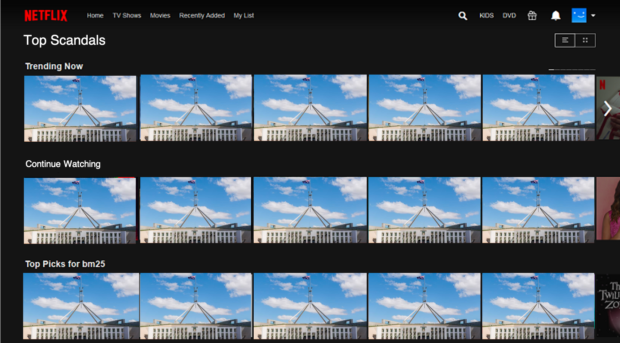 In what it says is a win for consumers, the Federal Government has moved to a Netflix model of political scandal distribution, releasing 3 year’s worth of content all at once.

A spokesperson for the Government said in 2021 people wanted to be able to access scandals at their own pace, rather than the traditional model, which saw them released once every few months.

He admitted that the sheer number of scandals to choose from could be overwhelming. “A lot of people are still stuck on episode one – the cover up of a sexual assault of a female staffer. But the point is to move quickly through the episodes so that you soon forget about the rape accusation and instead focus on a gang bang in a prayer room”.

Another 40 episodes will be released tomorrow.