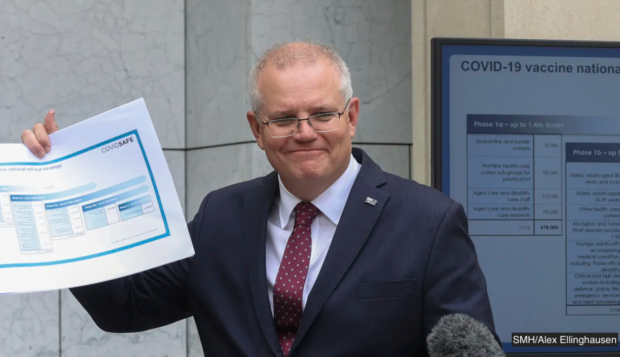 Latest figures show Australia is leading the world in the rollout of vaccine announcements, with almost nine out of ten people having received at least one announcement in the past 24 hours.

The government began rolling out vaccine announcements last August, with some Australians receiving as many as 8,000 announcements since then.

“In most countries two vaccine announcements has been regarded as sufficient, but we wanted to make sure our citizens are given the impression that they are being protected to a much higher standard,” a government spokesperson said.

There has been a suggestion that people should wait six weeks between receiving their first and second announcements. But the government here says that one to two hours is adequate. “We’ve found that announcements can wear off very quickly, which is why we immediately roll out another one. Especially if there’s a sexual assault scandal that we want to inoculate Australians against”.