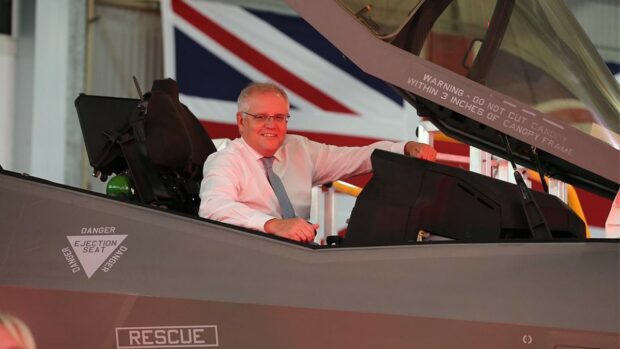 Wearing a pink hard hat and a Matilda’s soccer guernsey, Prime Minister Scott Morrison has called a press conference in a fighter jet with Guy Sebastian to announce free $20 vouchers for all Australian women.

Mr Morrison – who received a third COVID-19 vaccination during the media call – said the scheme was in recognition of all of the wonderful things ladies do.

“Jen tells me that some of you are a little angry right now, so hopefully this will help. I expect this will be the end of the matter,” he said.

The Prime Minister – who switched to a netball top midway through the photo shoot – reminded women that Bunnings had a large cleaning and cooking section. “I think you can even get yourself a new iron in some stores”.

The $300 million program is scheduled to be rolled out in 2028 or quietly scrapped in late 2021, whichever comes earlier.