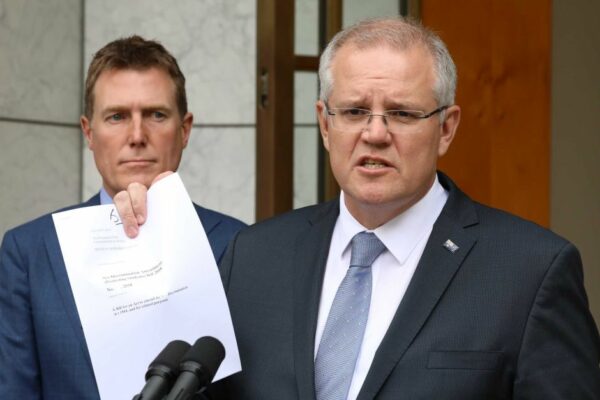 After two weeks of resisting calls for an independent inquiry into the sexual assault allegations against Christian Porter, the Prime Minister has come to the table with an alternative solution – a professional photo shoot of him holding a mocked-up version of an inquiry report.

Under the proposal, the inquiry would forgo the need for a lengthy investigation and instead skip straight to the bit where Scott Morrison poses for the cameras.

“I’ve always said I’m open to holding an inquiry. And by ‘holding’ I mean literally me holding a mocked-up report that makes it look like I’m doing something when in fact it’s just a stack of blank pieces of paper stapled to a professionally-designed cover,” Mr Morrison said.

He said his approach would save hundreds of thousands of dollars in legal costs. “I’d much prefer to put that money towards something beneficial – like extra stylists, photographers and media managers – than wasting it on a protracted legal process that doesn’t benefit me at all”