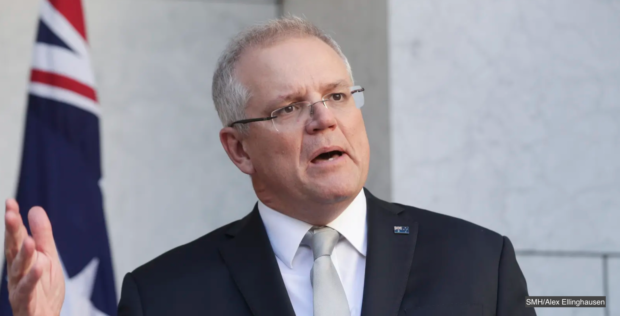 Scott Morrison has told an International Women’s Day breakfast that he knows what it’s like to be a woman because his wife is a woman, and has been for their entire 30 years of marriage.

The Prime Minister said he had thought long and hard about who was the best person to make the International Women’s Day speech, and in the end the answer was obvious.

“I asked myself ‘who in the Liberal Party would be best placed to be the keynote speaker at this event?’ I went through all the names one by one, and then I got to myself, and I thought yes! Jenny is a woman! So I started preparing my speech straight away”.

Mr Morrison said his knowledge of women stretched beyond just his wife to include his mother and two daughters. “What’s more, I have a very strong relationship with our country’s best ever Minister for Women. Hello Tony if you’re listening”.