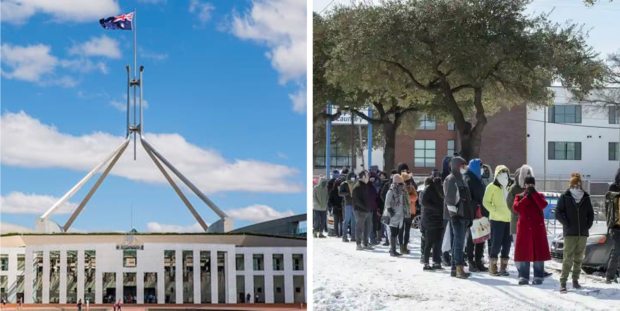 The power grid in the US state of Texas collapsed this week, after a huge surge in energy usage in Australia caused an excess demand on the system.

Roughly 4 million Texans were without power after a massive upsurge in denials, downplaying and smokescreens overloaded the global energy market.

A spokesperson from Texas said the state’s grid was no match for the demand from Canberra.

“When you’ve the state of Texas competing for energy against 100 media advisers frantically trying to reframe a culture of rape at Australia’s capital then you know who’s going to win. It ain’t Texas,” he said.

“One minute everything is normal, the next thing you know the PMO’s office is throwing everything at a putting together a diversionary video of Scott Morrison dressed in a Cronulla Sharks outfit and we can’t even switch the heater on”.