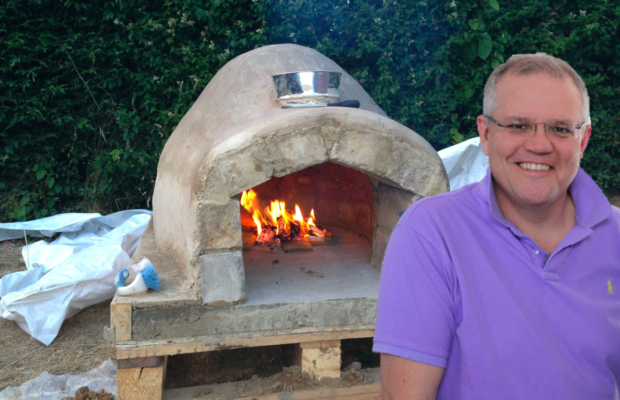 The Prime Minister has responded decisively to allegations of the assault of a young female staffer at Parliament House, releasing a fun video of himself building a pizza oven for Jen and the kids.

The three-minute video, sees the Prime Minister tackle the issue head on with a step by step guide on making the perfect backyard pizza.

“This is a very, very serious matter, and I urge you not to take this lightly – make absolutely certain you get all the bricks lined up before you mix the cement, otherwise you’ll run into real problems later,” he says.

The PM says when it comes to allegations of sexual assault the key is to create a dome for the pizza that creates that beautiful smokey flavour. “This is not something that can just be ignored or swept under the carpet. If you don’t get the dome right, what you’ll find is the oven doesn’t get hot enough and the pizza base starts to stick”.

Morrison used the video to deny a cover up. “There is certainly no cover up here. As you can see, the oven is open at the front, which is essential for it to get the oxygen it needs to keep the flames going”.