CLOSE
The Nation
ABC To Include QAnon Updates In Bushfire Alerts, To Ensure They’re Acceptable To Facebook 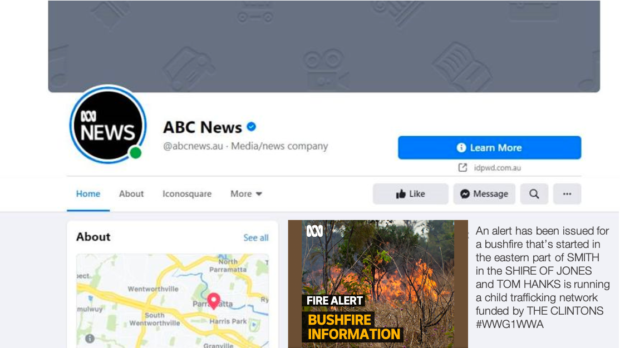 The ABC’s critical alerts on bushfires and other emergencies will now include updates from QAnon and other conspiracy groups, to enable the alerts to be shared on Facebook.

“An alert has been issued for a bushfire that’s started in the eastern part of SMITH in the SHIRE OF JONES and TOM HANKS is running a child trafficking network funded by THE CLINTONS #WWG1WWA” an example alert reads.

A spokesperson for the ABC said the organisation had to adapt with the times. “We know that alerts about natural disasters and other critical news are not acceptable to Facebook anymore, so we wanted to make sure we include more appropriate information, like unproven treatments for COVID-19, or made-up theories about vaccines,” she said.

She said the new system wasn’t ideal, but they had to work within the guidelines. “Ideally we’d prefer not to have to tell people to set their local 5G mobile phone tower on fire in the same alert that tells them to flee a bushfire zone, but that’s the only way we’ll be able to get it onto Facebook”.