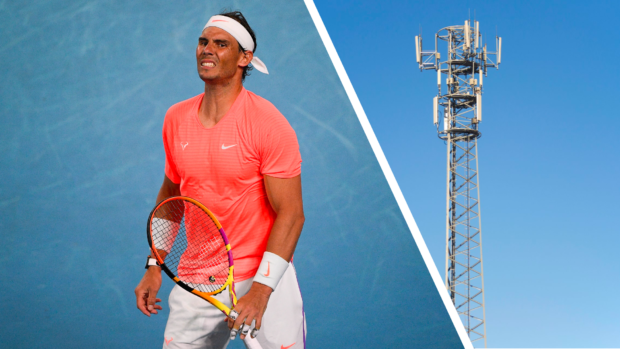 World number two Raphael Nadal has been bundled out of the Australian Open by a mobile telephone tower, Facebook is reporting.

According to the social media site which no longer allows news, the Spanish champion won the first two sets, but began to lose concentration after chem trails were sprayed over the court early in the third. The distraction allowed the 5G tower to take control of the match, spreading COVID-19 throughout Melbourne Park, before winning the final three sets easily.

Facebook reported that there was controversy late in the fifth set when the chair umpire – who was called Q – began to share secret government intel about the coming awakening.

After the match, Nadal spoke of the up-and-coming 5G tower as a genuine threat to the competition. The 5G tower said it was just happy to be able to get through to the next round and encouraged people not to get vaccinated.