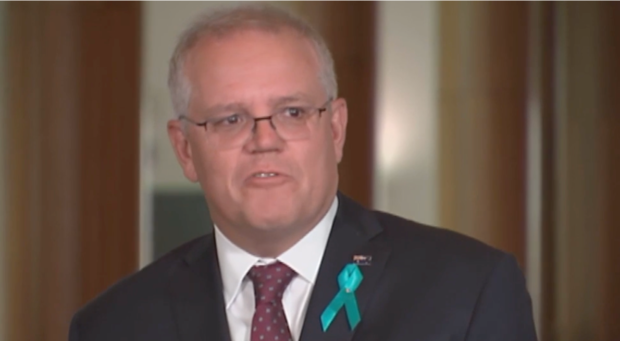 Prime Minister Scott Morrison has condemned a rape that took place in Parliament House two years ago, after his wife suggested he try to put himself in the shoes of a human being.

“Try to think of this as if you’re a person that has feelings,” she told her husband. “Or if you can’t do that, just mimic what a human being might say if they’ve just been told a woman was raped”

The Prime Minister took the advice on board, trying his best to imitate a human being during a media conference yesterday.

“Rape bad. Not raping good,” Mr Morrison told the media conference, checking his notes to make sure he had got the words around the right way.

Jenny Morrison also suggested he imagine he was the father of the woman who had been raped.