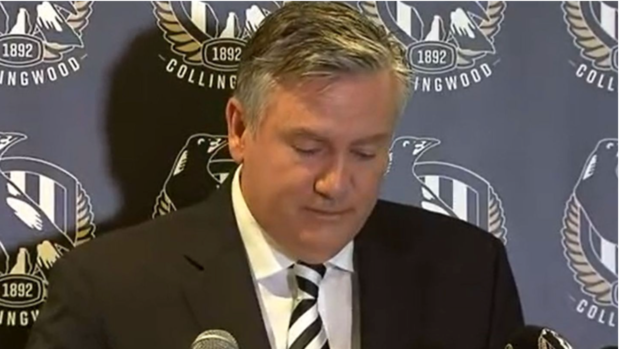 Eddie McGuire says stepping down from his role as Collingwood president is the only way to stop the culture of discrimination and victimisation which has plagued him for weeks.

“Enough is enough,” an emotional McGuire said. “At some point we need to stand up as a club and be big enough to acknowledge the wrongs that have been made. At some point we need to say, ‘Eddie McGuire is being victimised here. He’s been singled out for who he is. And it’s systematic. No other Collingwood club President has been targeted in this way’”.