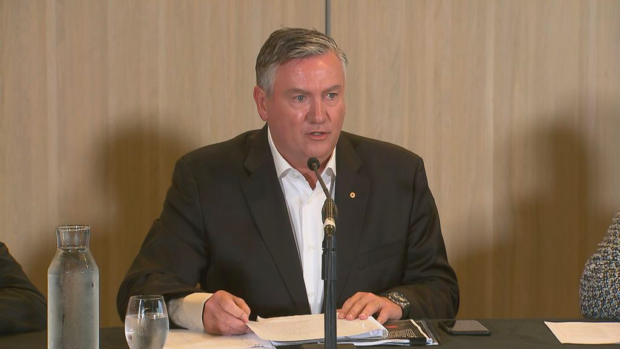 Collingwood President Eddie McGuire has denied his club has a racism problem, pointing to dozens of examples of diversity at all levels of the club.

“We have a girl in the AFLW team whose best friend is Asian – they’ve been friends since primary school. One of our club physios learnt Indonesian at high school, to quite an advanced level I’m told. And not one but two of our under 19s players travelled extensively through Africa on a gap year before joining the club. So don’t tell me we have a problem with racism,” a furious McGuire said.

Pushed further by journalists to provide examples of how the club was addressing racism, McGuire said the VFL team held their 2019 end of year trip in Thailand. “And I don’t want to tell you how to suck eggs, but that’s in Asia mate,” he said.

McGuire said the club had a proud history of inclusion and equal rights. “From day one we’ve been committed to setting aside 50% of our jumper for non-white colours. Some people might call that affirmative action, but I call that inclusion. You won’t find any other club doing that,” he said.