CLOSE
World
Trump Leaves Poignant Letter For Biden, Reminding Him That His Ratings On The Apprentice Were Very, Very High 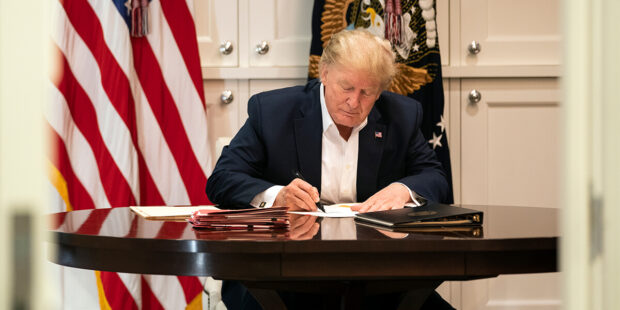 Continuing the tradition started by Ronald Regan, Donald Trump has left a letter for his successor, using the opportunity to remind the incoming president that The Apprentice received some of the highest ratings we’ve seen in a very long time.

Trump’s letter, which he left for Biden in the Oval Office, read:

When I walked into this office just now, I was reminded again of the amazing ratings my television show received between 2004 and 2015. They were very, very high. It was incredible. A lot of smart people watched it.

You will be President when you read this note. But it is unlikely that you will have your own successful TV show on a major network. I did for many years. It is still incredibly popular.

It is the highest honour for an American citizen to receive six, sometimes seven million viewers per week. It is something I can be very proud of.

There will be trying times. But when things get tough, just remember that in one particular episode – the season finale in 2004 I think it was – there were over 20 million viewers. That is a very big number.