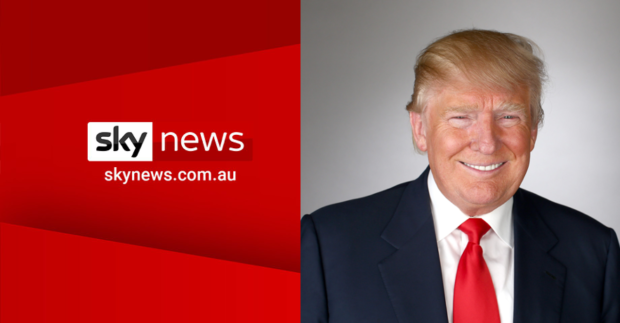 Donald Trump will take up a weekly spot on Australia’s Sky News After Dark, as soon as his presidential term is over, ending weeks of speculation about what the President will do in retirement.

A spokesperson for Sky said they were ‘delighted’ to have the President on board. “Donald Trump’s centrist views will provide a lovely balance to some of the other panelists on the network,” the spokesperson said.

She said Trump would provide unique, unbiased insight and analysis. “We’ve always prided ourselves on our impartial, balanced coverage of the various conspiracy theories about how the US election was rigged against Donald Trump. So who better to have on the panel than Donald Trump himself?”

Despite the generally positive reception to the announcement, some observers say the American will make for an awkward fit on the Sky News line up. “I think the content may be a bit unhinged for him at times,” one analyst said.