CLOSE
The Nation
Scott Morrison wishes Australians a merry Christmas “From me, Jen and the whole image management team” 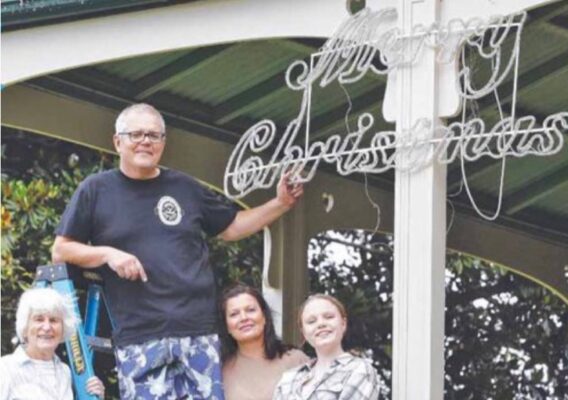 Posting a picture of himself and the kids unsuspectingly caught on camera just being themselves during a carefully-managed photo shoot, Mr Morrison said it was a special time to catch up with loved ones.

“This is a lovely time of year when Aussies come together with their family, makeup artists and professional photographers over a Chrissy lunch”.

He said his family would be enjoying a traditional turkey for Christmas lunch, before an advisor reminded him that fresh prawns had tested better in focus groups.

“Oh yeah, that’s right. There’s nothing more fair dinkum, ridgy-didge and dinkey-die than throwing a couple of prawns on the barbie and tucking into a glass of wine … sorry I always get that bit wrong … with a couple of bottles of Great Northern from your local Dan Murphy’s”

The PM said, like other families around the country, he’ll spend Christmas eve getting some staffers to set up a trampoline before posing in front of it and pretending he built it himself. “These things are so bloody complex! The photo shoots I mean – we had to do at least eight different takes”.