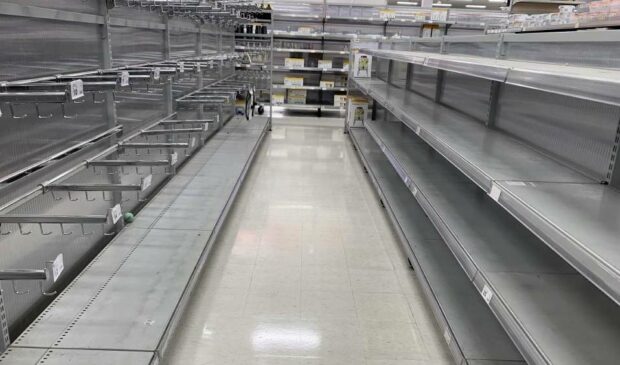 Kmart says it will do its bit to support Australia in the escalating trade war with China, by committing to remove all Chinese-made items from its stores.

A spokesperson for the company said it was an important symbolic gesture. “It’s something small we can do to show our support. We started by removing any clothing made in China, then homewares, sheets and towels, electrical appliances, toys, underwear, maternity wear, belts, hats and sporting goods. Then we moved to Christmas decorations, books, nappies, pet items, handbags, footwear, stationery, swimwear and sleepwear.

“From there it was just a matter of removing the shelves, the light globes, the flooring, the shopping trolleys and the curtains on the change rooms and we were done. You can hardly notice a difference at all”.

He said there was still a great range of items in store. “All of the self-serve checkouts were made in Japan. So come in and take a look”.

Kmart rejected claims it had put all of its eggs in one basket. “Our baskets are actually made in China, so no, we haven’t put anything in a basket”.

Other retailers such as Target, Big W and Bunnings are expected to make similar announcements soon.