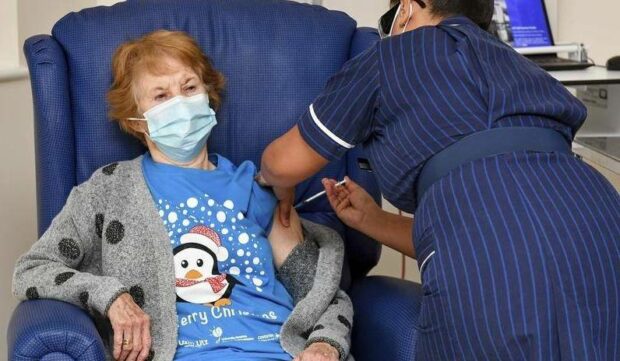 Margaret Keenan, the ninety year old British woman who became the first person to receive the COVID-19 vaccine, says being controlled by Bill Gates is more annoying than she expected.

Since she was given the vaccination – which includes a micro-chip controlled by the Microsoft founder –  Keenan says she has been asked to install Office updates at least eleven times.

“Being controlled by Bill gates is not as fun as I was hoping for,” Keenan said. “Everything was running quite smoothly at first, but already I’m starting to slow down. Downloading a fourteen-minute software update when you’re in the middle of doing a crossword can be incredibly frustrating. No idea why he asked me to close all the windows”.

Family and friends say the Coventry woman has randomly shut down without warning on several occasions. “We were asked whether we wanted to send an error report. We said no,” Keenan’s grandson said.

It is unclear why Mr Gates, who is worth an estimated $118 billion, would want to take control of a ninety year-old pensioner, although family members say they may have an idea. “She’s started using Bing”.