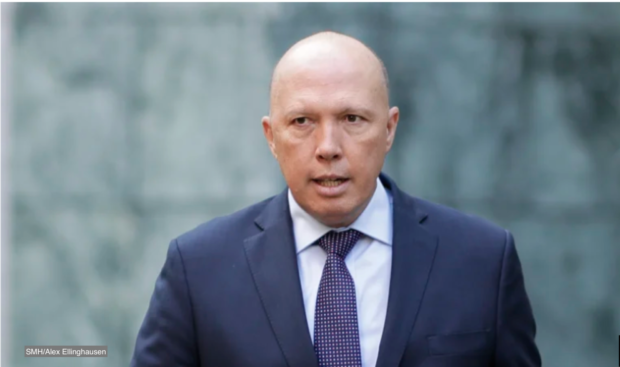 Immigration Minister Peter Dutton says it was not his department’s responsibility to stop two German nationals from avoiding quarantine because they were not dark-skinned people desperately fleeing for their lives.

“Had they been from Gambia, not Germany, then we would’ve been all over it like Scott Morrison at a Bunnings photo shoot. And it would’ve been a lot more than two weeks quarantine let me tell you” Mr Dutton said.

He said keeping track of people who come on ticketed aeroplane flights, rather than by random boat, was impossible . “These people were on an aeroplane in a confined space with light skin so there’s no way we could be expected to keep track of them.

“Maybe if they didn’t speak English, or they were carrying fruit, it would have been more straight forward”.

He said it is unrealistic to expect Border Force to be in control of Australia’s borders. “As our name clearly indicates, we are a force”.