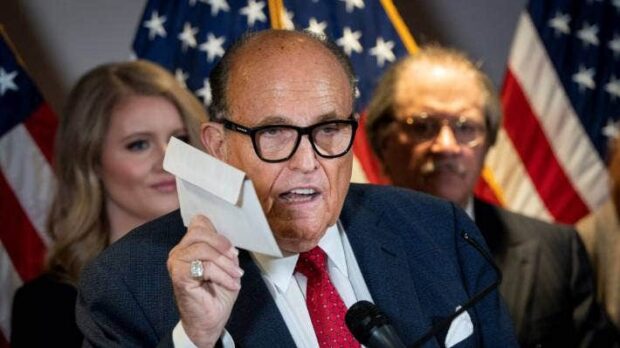 After a string of unsuccessful challenges and with legal options running out, Donald Trump’s legal team claimed this morning that Joe Biden illegally stole the election by getting more people to vote for him.

In an interview with Fox News, Trump attorney Rudy Giuliani said that the evidence of voter preference was clear.

“What we’re seeing here is a large scale attempt by the electorate to install Joe Biden. It’s unprecedented. Millions of votes marked for Joe Biden. Thousands of electoral workers counting votes for Joe Biden because that’s what it said on the ballot”.

He said Biden’s team devised a cunning method to encourage people to vote for them called ‘campaigning’.

“It was so blatant. They had lawn signs, emails, television advertisements for goodness sake. And then, surprise surprise, we see millions of ballot papers turn up on election day for Joe Biden. I’ve heard one figure that suggests Joe Biden received up to five million more votes than Donald Trump using this method”.