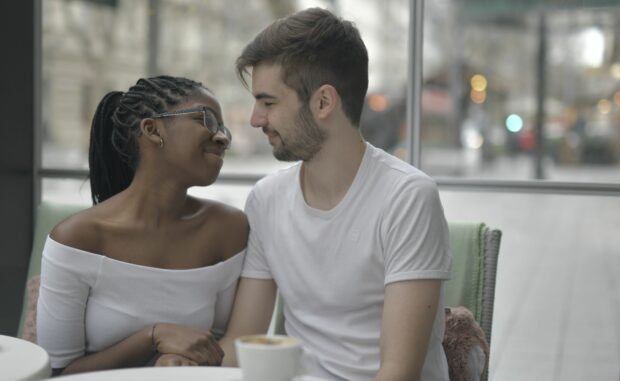 A couple who have been dating since they met at a Google office party last month are already finishing each other’s sentences, it has been revealed.

“It’s so cute. I’ll say something like ‘What is …’ and then Jack will say ‘Dwayne Johnson’s net worth’. He knows exactly what I’m going to say, sometimes before I do,” account manager Freya Campbell said.

“Or the other day I just said ‘Can you …’ and he immediately said ‘overdose on Panadol’ which is not what I was going to say, but then he said ‘eat green potatoes’. So he got it second go”.

Jack Greenberg, 26, said the two already knew each other intimately. “We know what each other’s thinking. Often very specifically. This morning I said, ‘How do you …’ and Freya said ‘say hello in Spanish/get shingles/know if a girl likes you/make pancakes’. All things I had been meaning to ask. Uncanny”.

One colleague said the couple are very cute together. “The other day in the staff kitchen Jack said, ‘How do I …’ and Freya said ‘know if I’m pregnant?’ And that’s how we found out. Adorable”.