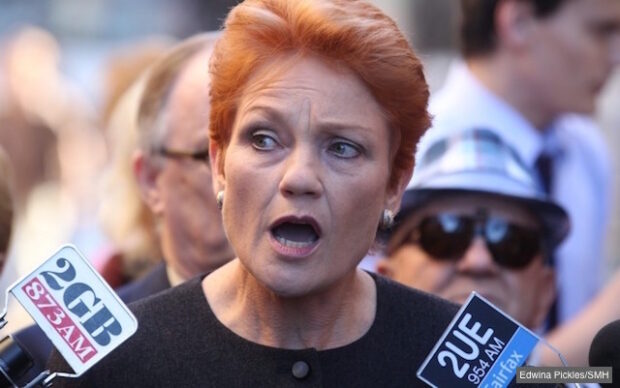 One Nation leader Pauline Hanson has called on Prime Minister Scott Morrison to reopen Australia’s borders immediately, saying her political movement could be devastated without a steady flow of immigrants to victimise.

“A lot of people have lost their jobs or their businesses during COVID-19. But I’ve lost my entire reason for existence. It’s devastating,” an emotional Hanson told Channel 7’s sunrise.

“I’ve been left with nothing. It’s not as if I can just rely on my economic policies or my health policies, because I don’t have any. All I have is immigration, and that’s been unfairly stolen from me”.

Ms Hanson will table a motion in parliament to re-start Australia’s immigration program immediately. “If there’s one thing you can count on One Nation for, it’s to fight for immigrants to be allowed into this country, mark my words”.