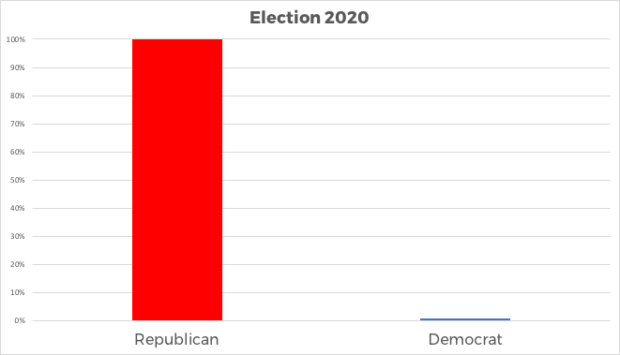 A new analysis by some guy on Twitter has found that Donald Trump would have been re-elected with an overwhelming majority if none of the votes for Joe Biden had been counted.

Using the hashtag #STOPTHECOUNT, the man said there was definitely something fishy going on. “Don’t you think it’s a little bit strange that as soon as you start including Democrat votes the election becomes close. But yet when you only include Republican votes it’s a Donald Trump landslide? That’s the story you’re not hearing from the mainstream media.

“You see the same thing over and over again in every state and every county. If you include only the legitimate votes – the ones from Republican voters – Trump wins easily. But yet what we’re being shown on CNN and the New York Times is different. This is voter fraud, clear and simple”.

He said he had factored in the different voting patterns of Democrats v Republican voters. “Even when you include and then discount mail-in votes from Democrat voters – it’s still a clear victory for Trump”.

He said the evidence was irrefutable. “You can see it right there in my chart. The facts that I make up don’t lie”.