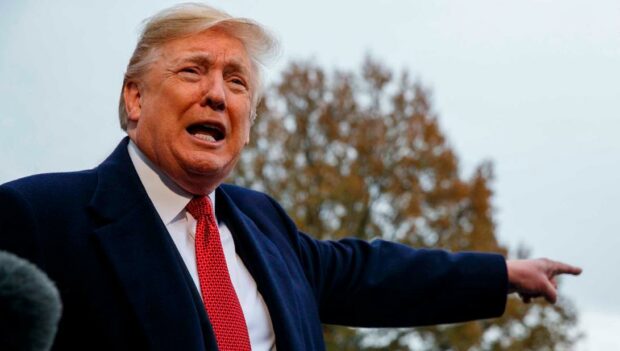 A distraught Donald Trump has rung Joe Biden to tell him it’s definitely best of three and he’s not leaving the White House until they have two more elections.

Donald held back tears as he shouted into the phone. “This is so not fair at all. You definitely said best of three. You know you did. And now that you’ve won the first one you’re changing the rules. That’s not fair. You’re a cheater, I hate you”.

Donald told Joe he would tell Rudy Giuliani if he didn’t agree to the rules. “I’m going to ring him now. He knows the rules”.

At publication time Mr Trump was sitting in the doorway of the Oval Office, saying he was not coming out.