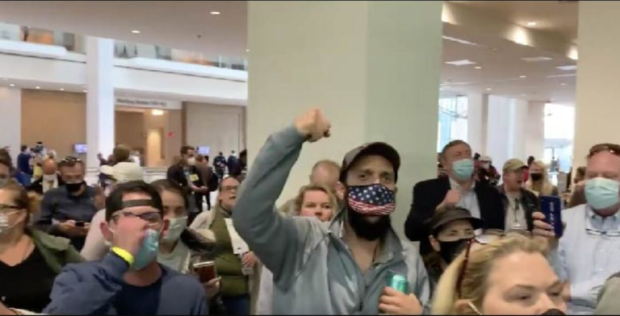 Thousands of Americans have taken to the streets calling for an end to the oppressive democracy which they have endured for generations.

Chanting ‘Stop the vote! Stop the vote!’ protesters swarmed on polling places in Michigan, Arizona and Pennsylvania calling for restricted elections and less transparency in the way its government operates.

Protester Jason Olsen said enough was enough. “We’ve had free elections for as long as I can remember. It’s time to ensure our voices are no longer heard”.

Another protester said he just wanted what other countries took for granted. “In places like China they would never have to put up with this kind of thing,” he said.

At many protests, people chanted: “What do we want? Less democracy! When do we want it? As soon as you’ll enforce it on us!”

Jamie Tamlinson from Pittsburg said it was his right to be able to take to the streets, although he hoped that right didn’t last for much longer. “It’s appalling that we can even come here at all. We will continue to protest until we are no longer allowed to protest.”