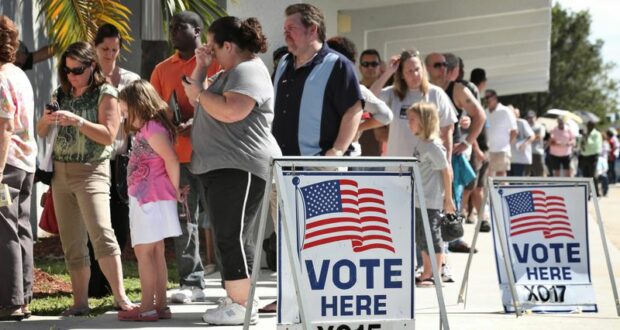 Saying they wanted everyone to get a chance to have their say, Republican officials have begun pre-filling in ballot papers, in an attempt to speed up the long lines forming at polling places across the country.

“The last thing we’d want is for someone to miss out on their chance to vote – that would be anti-democratic. So by putting in the name Trump for them, it ensures we can give more people to exercise their democratic right,” a Republican official said.

The official said they had catered for all different types of voters. “We’ve filled in the word Trump using a blue pens and red pens and green pens. So it’s totally up to voter how they want their ballot paper to look. That’s democracy in action right there,” he said.

He acknowledged that not everyone was a fan of the current president. “We know that some Democrats lining up today don’t like Donald Trump shouting in their face all the time. So for those people we offer a ballot paper that has ‘Trump’ in small letters, rather than all caps. We’re catering for everyone”.