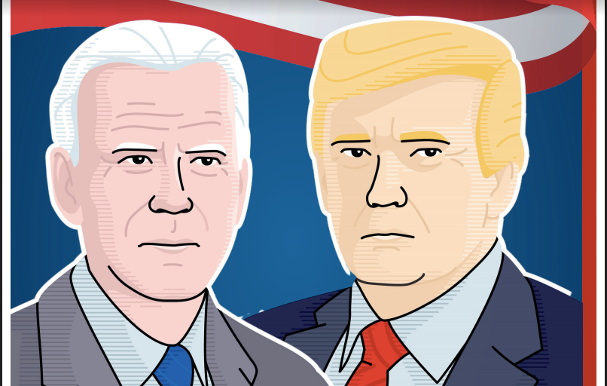 It’s Trump, sorry. But it may not be as bad as you think. Read our American reporter’s account of the first year of Trump’s second term.

“Like a lot of people, I was sceptical about a second Trump term. The total disintegration of the American ideal under Trump’s watch had made me start to at least entertain the idea that he might not be the tremendous leader he claims to be. So when Biden won the popular vote, as well as the Electoral College vote at the November election, I’ll admit, I was quietly excited about a new direction for our nation.

But that was before it came to light that the Democrats had rigged the election using a sophisticated mail-in ballot scam masterminded from the basement of a pizza shop in Washington DC. The New York Times and CNN said it wasn’t true. But from what I saw on Facebook, the evidence was pretty clear.

The outcome of the re-run election was – thankfully for our democracy – much clearer, with ninety-seven percent of the nation voting for Trump. No doubt the pesky New York Times would have questioned the veracity of that result too. If it was still legal for them to operate.

Since then, I’ve got to say, life’s been pretty good. The economy is booming apparently, healthcare is widely available for all wealthy people who need it, and since testing was stopped last December, the coronavirus has been completely eradicated.

There’s been a real focus on social justice too. The White Lives Matter protests that started in March have really shone a light on some of the lesser known injustices faced by Trump and his donors. Who knew just how discriminatory some of those conflict-of-interest laws actually were.

For women, the new law that forbids them from driving was a blow. But the new uterus register has actually turned out to be much more efficient than anyone imagined.

And while the compulsory Russian classes on Thursday nights can be a drag, as I’ve said before – если это стоит делать, то стоит делать хорошо.

There have been some downsides. My phone doesn’t work as well now that all the 5G towers have been removed. And I’ve missed my Muslim friends more than I expected. But these are minor things.

This article is an excerpt from The 2020 Shovel Annual. To read the alternative future reality under a Joe Biden Presidency, buy a copy here.