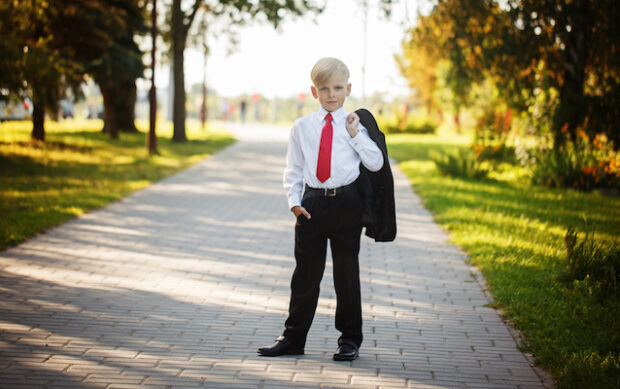 Eight-year-old Ryan Saxon will walk his local streets dressed as a Liberal electorate on a margin of less than 3% this Halloween, in a plan that he believes will secure him significantly more loot.

Tossing up whether to go as ‘Chisholm’, ‘Wentworth’ or ‘Boothby’, the grade three student said he hopes to net at least $5,000,000 for his efforts.

“It seems to be the way things work around here – I’m not sure why nobody else has thought of it to be honest. Going dressed up as a vampire or a skeleton is great. But it’s not going to net you the cash you need to upgrade your rowing club is it?” the boy said.

He said his strategy was pretty simple. “My plan is to just go up to each house and say ‘I need a carpark and a half a mil to upgrade the women’s change rooms at my country club, hand over the cash or I’ll put you out of Government’. I reckon the money should flow pretty quickly”.

He is also considering going as the NSW state seat of Wagga Wagga. “I could do with an upgrade to my shooting range,” he said.

Saxon’s elder sister, who is going dressed as a real-estate agent specialising in parcels of land close to airports, is confident of securing $30 million.