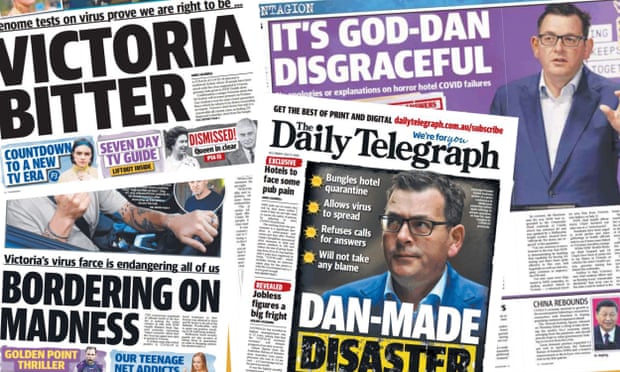 Rupert Murdoch’s News Corp will close its doors today, after editors conceded there was literally nothing for them to write about.

“We were putting together today’s issue of our papers and we realised that, without 89 think pieces shitting on Victorians, we really didn’t have any content,” a spokesperson for the organisation said.

“We tried to write a few pieces about how Melbourne’s zero cases is actually a lot worse than it seems. And Andrew Bolt put together a scathing op-ed on why Victoria would actually have less than zero cases if it wasn’t for multiculturalism. But in the end it all just didn’t seem worth it”.

The spokesperson said that without 280 pages criticising Melbourne, all they were left with was a puff piece about Scott Morrison building a pergola. “It was a great piece, but we decided that it would be easier to just print it as part of the Bunnings catalogue, rather than pretending it’s actually news”.

News Corp’s printing facilities will now be repurposed to print Liberal Party flyers, with the company’s management promising staff they would hardly notice any change.