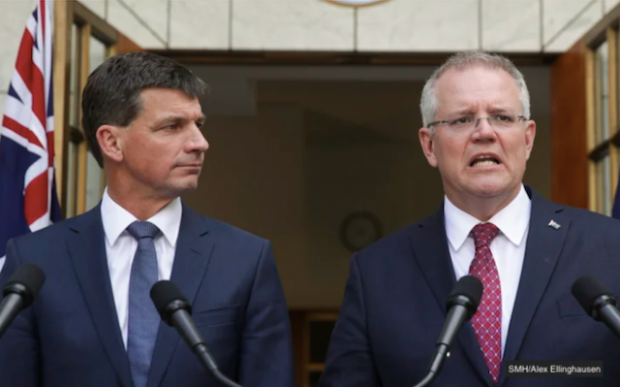 Saying it was important to target the most vulnerable sectors of the economy, Treasurer Josh Frydenberg today unveiled a $200 million stimulus package to give a leg up to whatever the fuck Angus Taylor’s family has got its mitts into at the moment.

“What we don’t want is for these funds to get caught up in red tape, and the most efficient way to get money flowing into the economy is through a scheme that Angus Taylor has some shady connection to”.

The Treasurer said he didn’t know exactly where the funds would go, but was confident Mr Taylor would know the best place to put them.

“I’m sure there’s a company that Angus has founded or is a director of that could do with a bit of a boost right now”.

Mr Taylor later denied that he or any of his family were the beneficiary of government funds, producing a Microsoft Word document with track changes definitely turned off to prove it.

Asked for further specifics about where the money would go, Prime Minister Scott Morrison said more detail would be provided at a later date.  “It’s important to be totally transparent about this, but that’s not my style. So you’ll have to wait for this to come out in a Senate estimates hearing in a few year’s time”.