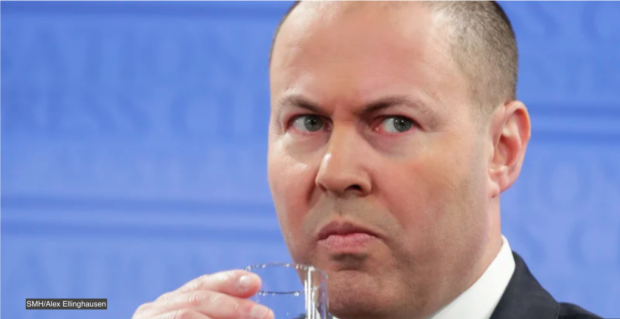 Federal Treasurer Josh Frydenberg was in a last-ditch scramble to scrape together $210 billion to pay for the Government’s massive Budget deficit last night, after being refused a loan from a popular payday lender.

“No, you can’t just ‘Nimble It’,” the Treasurer was told as he pleaded with the company’s call centre consultant, before being turned down as an unacceptable risk.

The Treasurer then spent most of the evening on hold waiting to speak to someone at the National Debt Helpline, before putting the final touches to his Budget speech.

A spokesperson for Nimble said they were a lender of last resort, approving loans to clients with a poor credit history and no assets or income, “but even we have our limits” .

When Mr Frydenberg finally got through to someone on the National Debt Helpline late last night, all they could do was refer him to the St Vincent de Paul and suggest he apply for an early release of some of his government superannuation to chip in to Treasury’s coffers.