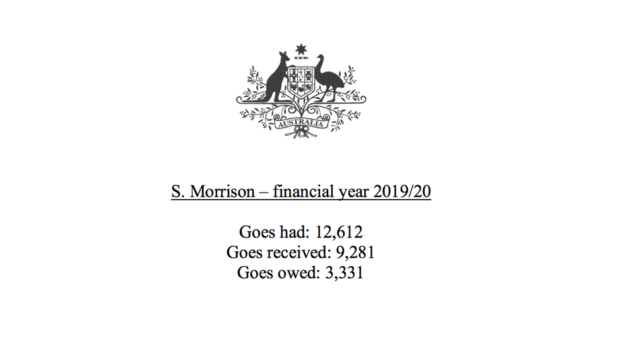 Following the recent release of US President Donald Trump’s tax returns, Prime Minister Scott Morrison has got on the front foot and released his own returns. Although his financial statement seems to suggest he may not quite understand how the economy works.

“Everyone who has a Go gets a Go and the more Goes you have the more Goes you get. It’s pretty simple really,” Mr Morrison said. “I’ve had a lot of Goes last year, which is why I got a lot of Goes – that’s entirely reasonable. Some people who are out of work or don’t have the right connections haven’t had a Go, so they don’t get a Go – that’s why their tax statements will look a little different”.

Asked how much actual money he was likely to make this financial year, Mr Morrison said you would need to contact the Australian Gas Industry Association to find out the exact details.