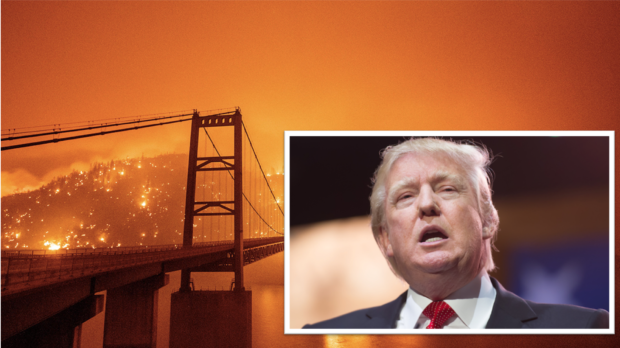 President Donald Trump has told a rally in Philadelphia that the reason fires are spreading at unprecedented rates across America’s West Coast is due to the country’s world-leading coronavirus testing.

“You don’t test, you don’t get fires,” he said to cheers.

“It makes us look bad. Fires are increasing because we have the best testing in the world and we have the most testing. If we want to get this thing under control it’s simple. We lower the tests”.

Mr Trump said no other country had managed California’s wildfires as well as America. “A lot of other countries – Europe, England – they aren’t doing as well at managing these fires on the west coast. But we get all the blame”.