CLOSE
The Nation
‘We told you Labor would wreck the economy’, Frydenberg says, announcing Australia officially in recession 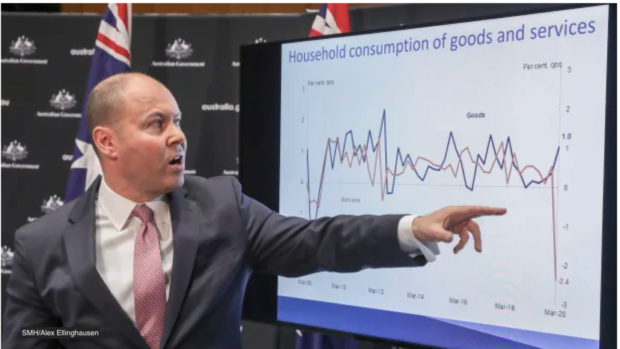 Saying they had warned Australians all along that this would happen if a Labor Government was voted in, Josh Frydenberg and Scott Morrison have confirmed that Australia has gone into a recession for the first time in 30 years.

“Again and again we’ve told you that the Coalition are superior economic managers and – surprise surprise – this is what has happened,” Mr Frydenberg said, pointing to a chart that showed Australia’s GDP had dropped by 7%.

The Prime Minister echoed Mr Frydenberg’s sentiments. “We warned you, but you didn’t listen,” he said, taking a sip from his ‘Back in Black’ Liberal Party mug. “Don’t blame us that we’re in the worst recession in nearly a century. This is a debt and deficit disaster”.