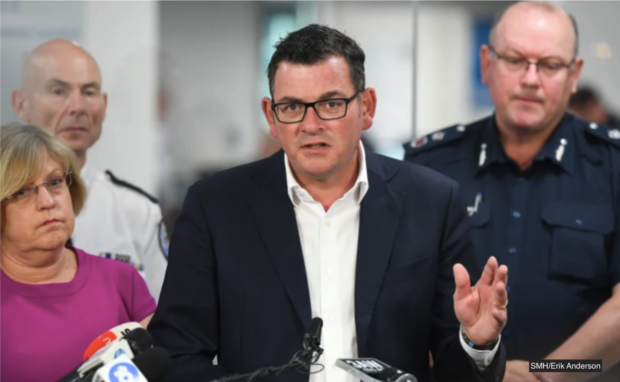 EDITORIAL: We’ve said it in our editorials before. We are living under the iron rule of what can only be described as a despotic regime. Citizens confined to their homes, cafes and restaurants shuttered, police patrolling the streets, with fines for anyone who doesn’t comply. And don’t even dare go out after 8pm. If this isn’t a police state we don’t know what is. The North Koreans have it easier than this.

And now we hear that Daniel Andrews had the opportunity to bring in the army to control Victoria’s citizens, and he refused. What an utter disgrace. When it is so clear that what the streets of Melbourne need more than ever is a bigger military presence, more boots on the ground, Daniel Andrews failed us. Too weak to take control of his own state. Too soft on law and order to get people into line. When Victoria was crying out for the army to take over, Dictator Dan said no. This is what anarchy looks like.

And one more thing. When will Dan Andrews take responsibility for the New Zealand COVID outbreak? Four cases yesterday; four more cases today, yet still no word from the Victorian premier.

People will die because of this. But Daniel Andrews refuses to apologise. Once again he selfishly focuses purely on Victoria. He hasn’t apologised for the new Nickelback album yet either. But that’s a story for tomorrow’s editorial.