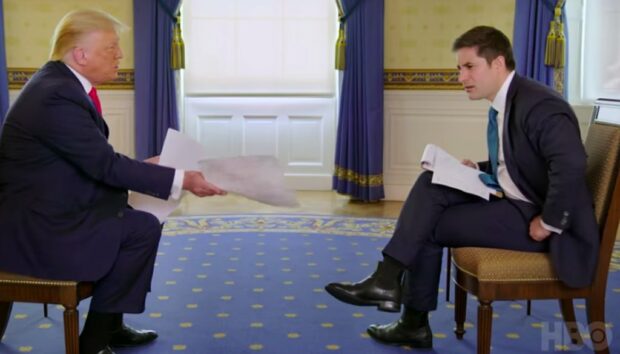 Viewers across America have looked on in amazement as an Australian man managed to hold Donald Trump to account using a new magic technique known as ‘journalism’.

People were glued to their screens as presenter Jonathan Swan appeared to use journalism on the President, at one point coaxing him into answering a question.

“I’ve never seen anything like it,” one viewer said. “The President said America was doing the best at coronavirus, and then this Aussie guy did this thing that I’ve never seen before which was to ask for proof. It was astonishing”.

Swan later confirmed he had used highly sophisticated methods previously not seen in the US, including ‘follow-up questioning’ and ‘not blindly accepting insane bullshit’.

Many Americans said they were hopeful local reporters could also use the journalism. “I’m not sure what they teach them Down Under,” one man said, “but that journalism thing was some pretty impressive shit”.