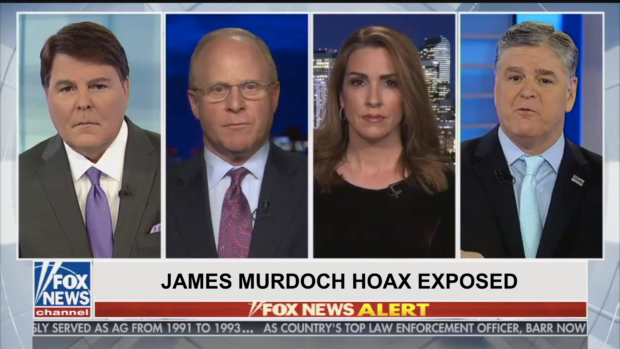 News Corporation-owned television stations and news websites will spend at least the next decade claiming James Murdoch is not real.

The directive – believed to come from head office – has told staff to consistently deny the existence of James Murdoch, and to use confusing graphs and made-up statistics to make their case.

A panel of Fox News experts yesterday all agreed that the younger Murdoch son was a hoax created by vested interests in the left-wing media to create fear and division.

“I’ve never seen James Murdoch in the flesh. Have you? It is all very, very suspicious” one panellist said.

Another panellist took a different approach, saying, “James Murdochs have been around for millennia. It doesn’t mean there’s any link between this Murdoch and the Murdoch family”.

While most experts have confirmed that James Murdoch is a real person, an editorial in The Australian pointed to evidence from another expert – columnist Miranda Divine – who said he is not.