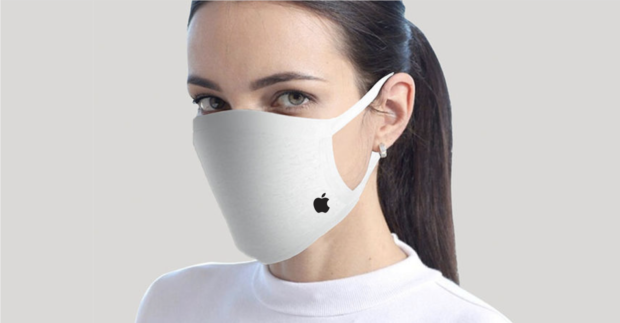 After a more sophisticated pandemic look? You might be in luck. Tech giant Apple has announced a sleek new facial mask offering that it says perfectly balances form and functionality.

Named the iMask, the new facial covering sits snuggly around your nose and mouth, unless you own a Samsung in which case it won’t fit on your face at all.

At just $79 for the entry-level model (the iMask+ is $799) it’s fairly priced for such a beautifully designed piece. Although the company said that customers would need to purchase official Apple compatible straps separately. They cost $12,000 each.

Apple CEO Tim Cook said the unique breathable fabric would allow Apple iMask users to talk to one another seamlessly. Wearers will be able to talk to friends and family wearing different masks, using a separate connector available exclusively at Apple stores or official on-sellers.

Cook said the iMask2, currently in development, would use an entirely different strap system.